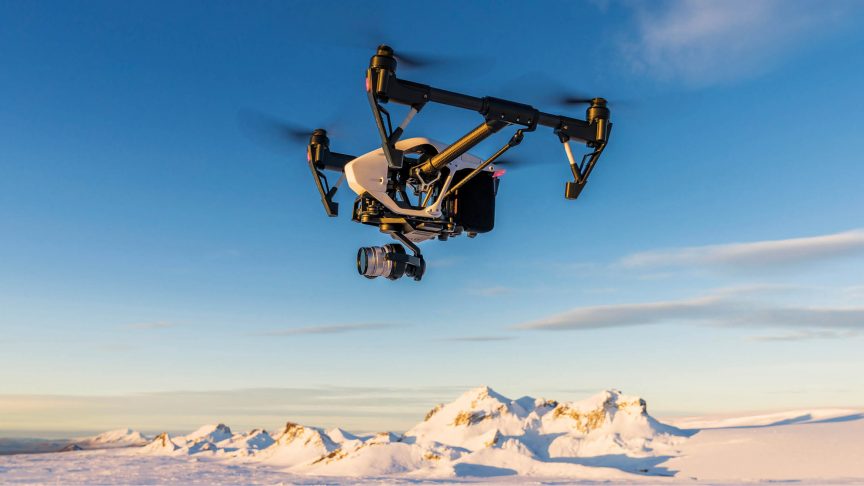 Drones are becoming essential for monitoring forests, rivers, farms and wildlife. They can track the regeneration of woodland and tell farmers where to apply fertilizer or pesticide. They can fly swiftly into disaster
zones. For example, in Mozambique in March, they revealed flooding, damage and survivors in the wake of Cyclone Idai.

The technology is advancing and costs are falling (see Nature 498, 156–158; 2013). Carbon-fibre frames are strong yet light-weight. Electronics and batteries are getting smaller and using less power. On-board GPS systems and flight-planning software make manoeuvring simple and safe. Myriad sensors can be deployed, from three-colour cameras such as those on smartphones to sophisticated laser altimeters and thermal sensors. Process-
ing algorithms can turn sequences of pictures into 3D imagery and data sets.

But drones could do much more for scientific research. They can currently only be flown for up to an hour before needing to be recharged, and regulations, data standards and processing algorithms all fall short. Scientists need to work with regulators and software developers to improve laws and data products. Here we propose four steps towards improvement.

Legal frameworks controlling the civilian uses of drones vary widely around the world. One-quarter of countries, including most European Union nations, Canada and the United States, have strict laws detailing
how, when, where and for what purpose drones can be used. Pilot proficiency, hardware registration, flight specifications and insurance are commonly also required. Another one-third of nations lack legislation. Some countries, including Cuba, Iranand Morocco, ban drones altogether. Others, such as India, are opening up markets slowly by regulating only a few uses.

Such regulatory confusion deters many scientists from conducting research with drones, especially in cities or areas that have heavy air traffic. Contractors are often hired to do the surveying. But third parties cannot respond as well as scientists to real-time changes in data needs. Such inflexibility limits drone applications, increases costs and hampers innovation.

Some regulations hinder scientific uses. For example, requiring that the drone is in view of the operator at all times protects pedestrians on New York City’s streets from crashes and intrusion. But it also prevents researchers from monitoring urban green spaces from the air or, in other regions, from detecting illegal logging in dense forests. These laws also stop scientists using drones far away from populated areas, to study scrub encroachment in the Amazon basin or snow melt in the Arctic or the Himalayas.

Misuse of drones is perhaps the greatest threat to widening their use. Disapproval from the public or funders can lead to tighter regulations or bans. Concerns have been raised over their impacts on wildlife. For example, flying drones over black bears in the United States quadrupled the animals’ heart rates. Drone flights have been illegal in all US National Parks since August 2014, in part because of their effects on wildlife. Earlier that year, for instance, an illegal drone in Utah’s Zion National Park scattered herds of bighorn sheep (Ovis canadensis) and separated several young from adults. In 2018, the grounding of commercial air traffic by rogue drone operators in the United Kingdom led the government to extend no-fly zones around airports, limit flight heights and demand more training for drone pilots.

Regulation moves more slowly than technology. A prime example is the capacity for many drones to fly together and collaborate as a ‘swarm’. Drone swarms for military uses such as surveillance are being developed by the US Defense Advanced Research Projects Agency. Drone swarms hold promise for science, too, and would speed up data collection over large areas. But current US regulations require drones to be in the line of sight of a single operator. This effectively prevents swarms from being flown, because it is impossible to ensure that all drones in a swarm can be seen by one operator.

Standardizing drone laws across regions and countries would simplify enforcement and promote consistency. There is progress: in November 2018, the International Organization for Standardization (ISO) released a draft of the First International Drone Standards for a short period of public comment. The standards focus on: classification, design, manufacture, operation (including maintenance) and safety management. When the standards are finally released, scientists must provide feedback on them.

Researchers must collaborate with policymakers to ensure that drone regulations are fit for research as well as other purposes. For example, special licences could be set up. Some regulations, such as line-of-sight requirements, could have exemptions for scientific studies away from populated areas.

Systems for directing drone flights need improving to protect public safety, privacy and to avoid collisions. Regulatory restrictions should be programmed in and updated as legislation evolves. Collision-avoidance systems are increasingly installed on drones. These use on-board sensors to detect nearby obstacles or craft and then warn users to adjust the vehicle’s course, or the drone can do so automatically.

Simple forms of air-traffic tracking are being integrated. For example, China’s civil aviation administration uses two cloud-computing systems for registering and monitoring drone ownership and flights — U-cloud and U-care. A drone equipped with a control module can access the systems, which warn operators about flight zones and speed limits.

Drone developers, such as the world’s largest, DJI, in Shenzhen, China, are beginning to show regulatory and safety hazards on maps in the control software. Derived from local aviation maps and regulations, these use GPS and other navigational satellite signals to restrict the heights at which the craft can fly and to block its access to no-fly zones. Cooperation between manufacturers and legislative bodies is needed to improve the availability of these data.

Permission to bypass these ‘geo-fences’ is granted on a case-by-case basis; users must demonstrate in advance that their activity minimizes risks to the public, property and wildlife. For example, researchers wanting to study birds near an airport would need to provide flight plans to local aircraft controllers and ensure that the drone’s altitude, speed and trajectories will not affect local air traffic or trouble people or animals. Researchers must also tell controllers when, where and what drone activities are taking place, and receive permission for them.

As the technological capacity and spatial coverage of these systems improve, regulations should be harmonized across regions. Quality-control testing must be ongoing to ensure that the regulations perform as intended and as advertised. Regulatory bodies will need to consider data privacy
and anonymity.

Efficient solid-state lithium-ion cells are being developed. But drones are still predominantly powered by conventional batteries. These limit flight times to 15–60 minutes, and thus also cap flight distances. Drones are typically used for small-scale studies, such as imaging a stand of trees or counting animals in a valley. Scientists looking to monitor larger areas, greater than 100 hectares, for example, are forced to swap in multiple battery sets.

Length of flight is also influenced by the type of air frame — fixed wings have less air resistance than do rotors. Weight, the power draw of on-board electronics and sensors, hardware aerodynamics, and wind direction and speed also have an influence. Shrinking batteries while improving the efficiency of on-board electronics would help to reduce weight and lengthen flight times.

Hybrid electric- and hydrocarbon-based fuel systems can also extend flight times. Drones fitted with photovoltaic cells are becoming a reality. Also promising is the development of in-flight networks that can recharge batteries from nearby ground stations through Wi-Fi and ultrasound signals.

Drones are often flown repeatedly along transects to gather data over an area or to track changes. When such craft are flown below 100 metres — the typical ceiling for unregulated use — the resolution of images can be as fine as 3 centimetres, enough to identify the species of individual trees, shrubs and animals.

Challenges remain for collecting and processing data. Airframes flex as they fly, and in-flight roll, pitch and yaw movements affect the speed and orientation of the craft as well as the consistency and quality of images. Researchers must use fast shutter speeds and image-matching software to recreate terrain in 3D or to view particular projections.

Software is available for performing these tasks, but the algorithms are not standardized. There is no consensus on optimal parameters, such as elevation, image dimensions and flight speed, or methods for reconstructing views or processing structural and spectral information. Although open-source software is being developed, most packages are proprietary black boxes. Users cannot know what the underlying algorithms are doing, or test or adjust them.

Researchers need to work with software developers to develop algorithms that suit the many goals of scientific data gathering from drones. For instance, commercial software for processing digital images is often tailored to reconstructing simple geometrical shapes for architectural uses. Distortions and omissions are common when such software is applied to more complex features like vegetation.

We call for more dialogue and collaboration between legislators, users, developers and manufacturers of drones to expand their use for science and to democratize remote sensing. Upcoming meetings of the ISO technical committee in London in October and Nanjing in November, as well as remote-sensing conferences such as those of the IEEE Geoscience and Remote Sensing Society, offer opportunities to begin this conversation.